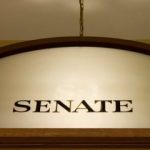 This morning, Senate Republicans released their proposal to repeal and replace the Affordable Care Act (ACA). Called the Better Care Reconciliation Act of 2017 (BCRA), the Senate proposal adopts H.R. 1628, the bill narrowly passed last month by the House of Representatives, but replaces all the text. The Senate proposal was released without going through committee review or being scored by the Congressional Budget Office (CBO). Next week, after the CBO provides cost and impact estimates, the full Senate will begin debating and amending the proposed legislation.

As was the case with the House bill, the Senate’s BCRA primarily focuses on funding for Medicaid and other state programs, maintaining stability in the individual insurance markets, and giving individual states more flexibility in opting out of insurance reforms. Also included are a number of provisions offering relief to employers and reducing the scope of requirements on group health plans. Below are highlights of provisions of the most interest to employers.

The Senate proposal is similar to the House bill in most areas that directly affect employers, such as relief from the employer mandate, repeal of various health plan fees and taxes, and fewer restrictions on group insurance and benefit plan designs. Those sections, however, are part of a large piece of legislation that may face obstacles in the Senate due to the proposal’s significant impact on Medicaid funding and the individual insurance markets. Without support from at least 50 of the 52 Senate Republicans, the legislation will fail. At this time, at least four of those Senators are withholding their support.