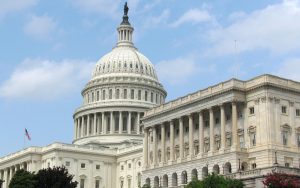 Unless an employer meets all the requirements for offering a QSE HRA, previous IRS guidance prohibiting the reimbursement of individual premiums directly or indirectly, after- or pre-tax, through an HRA, a Section 125 plan, a Section 105 plan, or any other mechanism, remains in full effect. Reimbursing individual premiums in a non-compliant manner will subject an employer to a Patient Protection and Affordable Care Act (ACA) penalty of $100 a day per individual it reimburses, with the potential for other penalties based on the mechanism of the non-compliant reimbursement.

If an employer fails to meet the requirements of providing a QSE HRA, it will be subject to a penalty of $100 per day per affected person for being a non-compliant group health plan. An arrangement will be a group health plan that is not a QSE HRA if it:

An arrangement’s failure to be a QSE HRA will not cause any reimbursement of a properly substantiated medical expense that is otherwise excludable from income to be included in the employee’s income or wages. Furthermore, an arrangement designed to reimburse expenses other than medical expenses (whether or not also reimbursing medical expenses) is neither a QSE HRA nor a group health plan. Accordingly, all payments under such an arrangement are includible in the employee’s gross income and wages. An employer’s failure to timely provide a compliant written notice does not cause an arrangement to fail to be a QSE HRA, but instead results in the penalty of $50 per employee, not to exceed $2,500.

1, Which employers may offer a QSE HRA?

2. Which employers may not offer a QSE HRA?

3. What are the rules for employers in a controlled group?