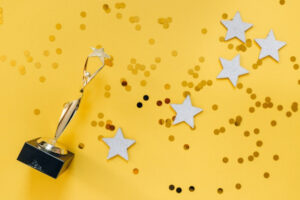 As HR leaders work hard to retain talent during a historic labor shortage, they are trying to show employee appreciation. At the HR Exchange Network Employee Engagement and Experience online event, Mary Shelley, Chief People Officer at Tango Card, shared best practices for rewarding employees to inform them of their value to the organization.

In the session, 5 Questions to Ask When Building an Employee Appreciation Strategy to Last, Shelley admitted there are challenges to creating a rewards program. In fact, a poll revealed that 31% of audience participants feel their inadequate budget is an obstacle. Nearly 30% said no organizational enagement was prohibitive when trying to launch a rewards program. Other problems included being time intensive (12.1%), too complicated (13.8%), or something else (13.8%).

Discover how to launch an employee appreciation program:

Shelley suggests HR leaders come up with one thing they can do right now to move the needle. For instance, they could talk to employees to determine what kinds of rewards would motivate individuals on the team. The reward should be meaningful or else it won’t produce that sense of incentive.

“Learn about what each person finds motivating,” says Shelley.

Sometimes people mistakenly believe that they have to invest a lot of money or time into offering a reward. But there are simpler ways to recognize colleagues for their hard work and dedication. For instance, some companies leave thank you cards out in the office, so peers can write them and deliver them to each other’s desk. It’s a small cost in time and money, and it can reap great rewards as Shelley, who has done this, attests.

Offer different kinds of rewards to appeal to a larger group of people. To keep people engaged in the process, there should be different prizes to try and attain. As companies diversify rewards options, however, they should also be transparent.

“Employees and managers should know how to give and receive rewards,” says Shelley.

In other words, they should know exactly what is expected of them if they want to win rewards XYZ. Employees should also know how they could offer recognition to a colleague who has impressed them with their work.

“Anticipation is everything,” says Shelley. In fact, some employees say the anticipation can be greater than the reward itself, she adds. Talk about what it will be like if a team or individual achieves the requirements to win the reward. Discuss the experiences of those who have won before to help others dream about it.

Automation is a great way to integrate rewards programs in hybrid and remote workplaces. For example, some companies have a “givekudos” Slack channel, where teammates can give shout outs to those who have done well or helped them, and they automatically get a $10 gift card.

HR leaders can easily fall into common traps when doling out rewards. A big mistake is to just hand out rewards as a means of “checking the box,” warns Shelley. After all, people realize when something is given to them ingenuously.

Another error is making the program overcomplicated. Shelley shared the story of a colleague who created a rewards program with different levels and lots of qualifications. It was too cumbersome, and no one understood how to give or receive rewards. So, they had to pare it down and simplify.

Being one-dimensional without giving thought to all the possibilities is a pitfall that HR leaders can avoid by thinking outside the box. Overcompensating to make up for low appreciation scores is another way to defeat the purpose of a rewards program. Employees should feel special and appreciated.

Finally, employers should assess whether they are rewarding the correct behaviors. Shelley shares the story of a previous employer, who handed out awards to hard workers who had been burning the midnight oil. But the company included a value about maintaining work-life balance. It didn’t match with their mission, and it sent the wrong message.